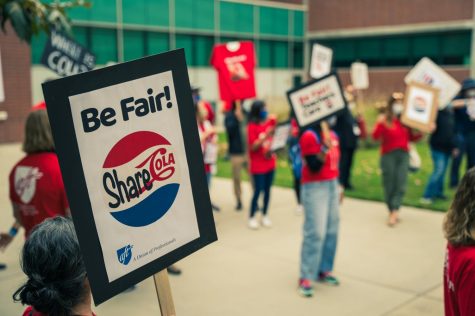 Clay Travis: Biden ran his COVID campaign, but things have gotten worse since 2020

Governor Pete Ricketts recognized September as Suicide Prevention Month during a press conference at the State Capitol. He stressed the need to be vigilant for signs of mental illness, especially given the increasing rates of depression / anxiety brought on by the pandemic. Governor Ricketts also commended the Nebraska Department of Health and Human Services for the agency’s continued efforts to promote mental health.

“Our state has been very proactive in ensuring that Nebraskans have access to behavioral health resources,” Governor Ricketts said. “These efforts have been crowned with success. According to American News and World Report, Nebraska ranks 4e nationwide in mental health. In September, we will highlight the mental health resources available to Nebraskans, as well as the launch of our new suicide prevention media campaign, Nebraska Needs You.

Sheri Dawson, Director of Behavioral Health for DHHS, reviewed the resources available to Nebraska residents facing mental health issues. She also launched a suicide prevention media campaign called Nebraska Needs You. The Kim Foundation is one of the state’s many partner organizations on the initiative. Kim Foundation Executive Director Julia Hebenstreit attended this morning’s press conference to discuss ways to help and support people struggling with suicidal thoughts. Anyone who wants to talk about their mental health or seek help for a loved one can call the National Suicide Prevention Lifeline at 1-800-273-8255 or the Nebraska Family Helpline at 888 -866-8660.

Today, Governor Ricketts also announced that the state will be launching a new data dashboard on dhhs.ne.gov to help track the capacity of hospitals across Nebraska. The governor issued Executive Decree 21-14, with immediate effect, to override state laws so that data can be temporarily flagged. The dashboard will remain active as long as 10% or more of government-staffed hospital beds are used to care for coronavirus patients on a seven-day moving average. The governor made it clear that the state has no intention of reinstituting directed health measures that impact businesses, schools or events. Additionally, he encouraged Nebraskans to get vaccinated, citing the vaccine’s effectiveness in reducing the likelihood of severe cases of COVID-19 requiring hospitalization.