The digitization of our daily lives has indeed taken its toll on our health, leading to increased fatigue and back pain. The constant use of mobile devices such as laptops, iPads and smartphones, although their importance in a world moving towards complete globalization, has nonetheless been a curse in disguise. However, we still can’t live without them, can we? They have also become an all-time favorite in terms of in-house entertainment, which moves further away from hopes of reducing reliance on tech devices. The technology exists in both work and play and this situation has been made worse by the pandemic.

Speaking of statistics, on average Malaysians spend around 8 hours and 5 minutes per day surfing the internet. Now here’s where it gets serious – it means they’re exposed to the blue light emitted by these devices. According to scientific research, blue light from digital devices generates free radicals causing oxidative stress that accelerates skin aging.

Prolonged exposure can have similar effects such as the sun which subsequently leads to hyperpigmentation, wrinkles and loss of elasticity in the skin. This fact would certainly shock a lot of people, especially those who are extremely careful before going out while wearing sunscreen. Sure enough, the question of putting on sunscreen when using any form of technological device would arise. Well, here’s some good news!

Introducing the new Skin Aqua UV Super Moisture SPF50 + PA ++++ sunscreen from Sunplay. Identifying the harmful effects of UV rays, this product has been specially formulated with the innovative Solarex-5 technology which offers high UVA / UVB protection. This would then offer protection against blue light and infrared light which would reduce the visible signs of skin aging. Now you can use your beloved devices and focus on your work without worrying about damaging your skin. 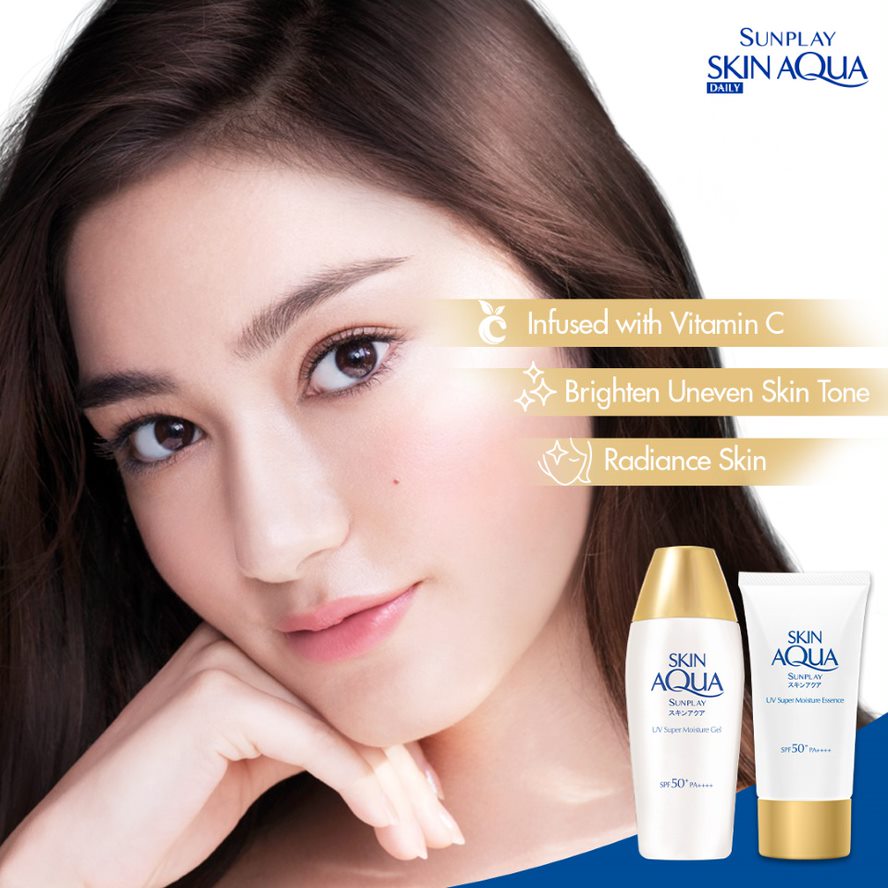 Responding to consumer needs, Sunplay has offered its Skin Aqua UV Super Moisture SPF50 + PA ++++ sunscreen in two variants: Super Moisture UV essence and Super Moisture UV gel. Before we move on to the differences, let’s focus on the similarities. Both variations are formulated with Snow Fungus extract which helps restore dry skin to its optimal state of hydration. Additionally, both variants are also infused with vitamin C to help lighten uneven skin tone and promote skin glow.

Now for the differences, the gel variant is infused with nano hyaluronic acid which allows it to penetrate deep into the skin, thus keeping the skin hydrated throughout the day. However, if you have drier skin, it is recommended to use the essence variant which is formulated with 3 types of hyaluronic acid to provide a more intense moisturizing effect!

The texture of the product is light and spreads easily on the skin. If you are not a fan of heavy creams due to their stickiness, you might want to go for this product instead. It penetrates the skin very quickly, allowing the skin to feel fresh without leaving an oily residue. Worried that your facial makeup will deteriorate from the oil in the product? Well, don’t worry! Because Skin Aqua UV Super Moisture sunscreen is also ideal to wear under your makeup. 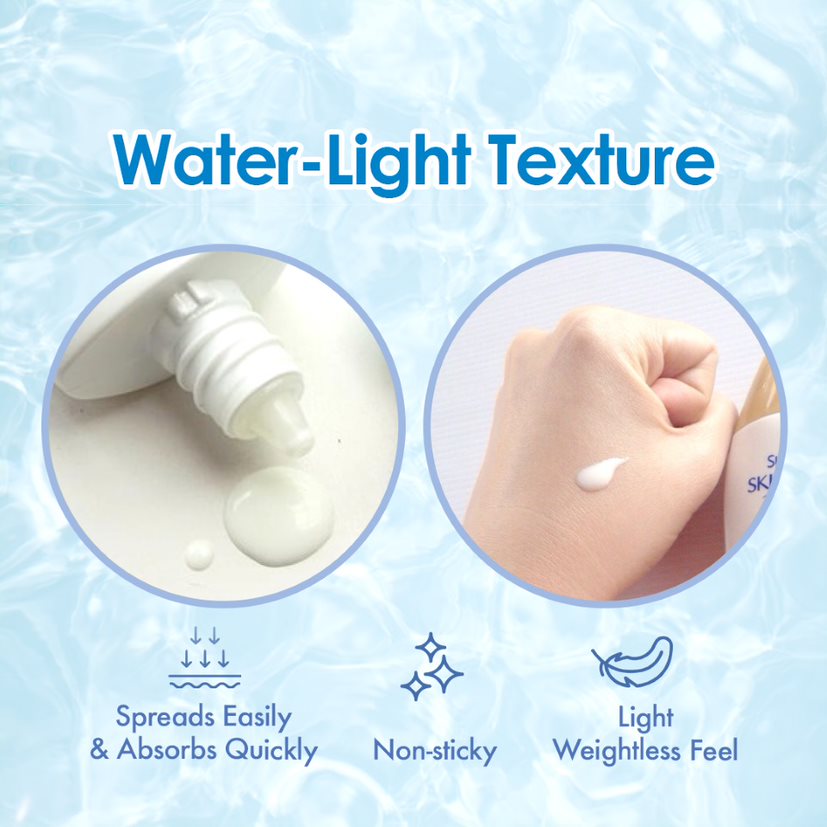 Previous New grants would fund SGF Yields campaign, develop pedestrian safety toolkit in other Missouri communities
Next A day in the life of exotic pet medicine

Market Snapshot: Shockwave therapy is a non-invasive treatment used in wide areas of the medical …